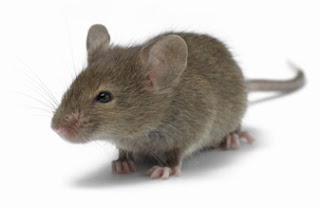 This morning around 5:00 I was awakened once again by suspicious-sounding kitteh activity...I tried to ignore it and go back to sleep but the "scritch-scritch-flop-scritch-stepstepstep-wallow-scritch-stepstep-scritch" sounds proved too much for my delicate mental state so I finally sat up and turned on the light.
Sure enough, there was Tricksy on the yoga mat (which was on the Persian carpet which is at the foot of our bed on the floor), looking bright-eyed and bushy-tailed, Schnitty lurking nearby.  I looked around for the toy (the "scritch-scritch-flop-scritch-stepstepstep-wallow-scritch-stepstep-scritch" sound is indicative of such) but saw nothing. Tricksy heaved a great sigh and settled down; I thought maybe the games were over.  Off went the light - I was determined to go back to sleep.

Only now it sounded like
"STOMPSTOMPSTOMP-SCRITCH-SCRITCH-FLOP-TOSS!!! [PANT PANT PANT] ...
SCRITCH-SCRITCH-SCRITCH!!!"
I growled, sat back up, turned on the light and glared at Tricksy.  She was lying on her side, all innocence, still cheerful.  I looked again at the yoga mat, and saw that this time she had a little black and white toy on the mat next to her. Tricksy flopped over and grabbed the toy, tossing it up and down and around, Schnitty pacing up and down the edge of the rug like a demented NBA coach on the sidelines.

The toy landed on the rug right in front of me, and suddenly resolved from a "toy" into a very cute, very small, and (apparently) very dead mouse.

By this time it was nearing 6:00 so I felt somewhat justified in waking Raj up to tell him about Lil Mousey FooFoo II (now deceased);  after a surprisingly short time (driven by the need to pee as much as anything), Raj emerged from underneath the comforter and dispensed with the tiny corpse before stirring up the wood stove and making coffee for me and tea for himself.

Waking up to terrorized, eventually dead animals is a little stressful for us both; we are considering putting out humane traps for future FooFoos, where they get peanut butter crackers and released back into the wild, an acre or two away from the house rather than tortured for hours before finally succumbing to cardiac arrest or dying of fright.

Finally this morning, let me say that Raj really IS a hero...dealing with a dead animal, stirring up the kitchen fire in our "new" wood stove (more on that later), and making the best damn cuppa coffee ANY side of the Mississippi in the very early hours of a cold rainy Sunday morning all with extraordnary good humor and bad puns even before having his own morning cuppa...really! As Raj said this very morning, "We have an "enor-MOUSE problem..."