Together Raj and I have made a very worthy vegetable garden here at The Fahm this spring.  It is inside the foundation stones of the 1805 barn which was replaced during Frank and Betty's tenure by the New Barn constructed using mainly the Old Barn's timber; the site was then used for Betty's Herb Garden and later, Dean's Vegetable Garden.  One corner of the plot is next to The Barn in the shadow of an enormous evergreen, another corner (not presently under cultivation) is under the apple tree, where rhubarb from Dean's tenure grow rampantly into giants. 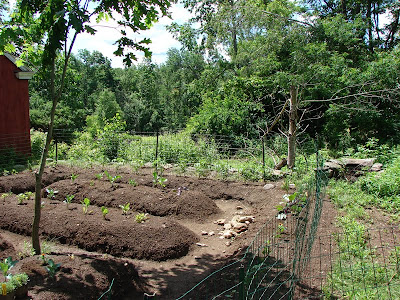 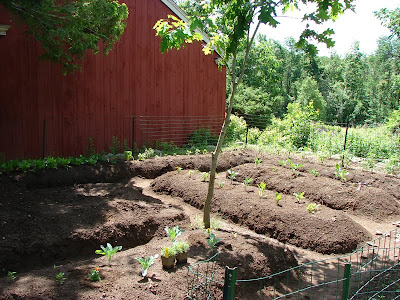 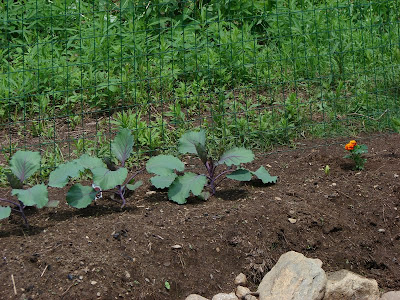 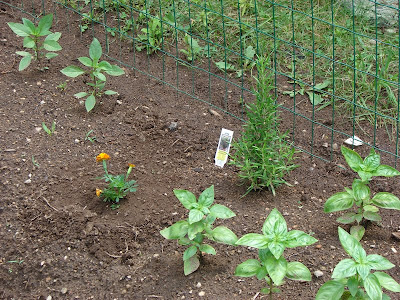 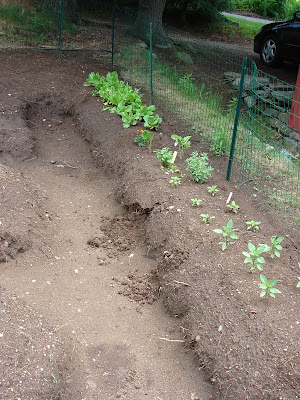 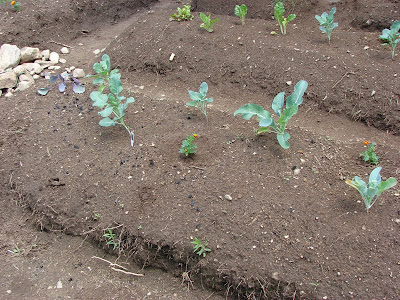 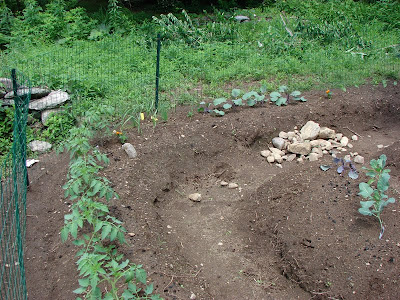 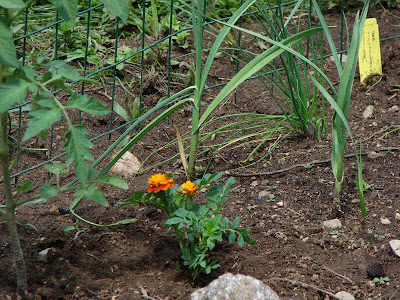 
In addition to above we have two types of cucumbers, rainbow chard, oregano, cilantro, cantaloupe, green onions, squash & the aforementioned corn.

It's a big garden, and with the heavy lifting now pretty much complete (just the building/installation of a real gate remains), it is up to me to tend The Crops, discourage pests, assess/address transplantation needs, and eradicate weeds.

And, since I know exactly how much we spent purchasing our crops as seeds and starts, exactly how much effort was involved in planting every single start (upwards of 60 individuals), exactly how much effort to put seed in, and after watching Raj bust his hump to build the raised bed and the fence, well, I take the responsibility of nurturing The Crops to full edibility and ripeness very seriously. I am going to make those vegetables DANCE. 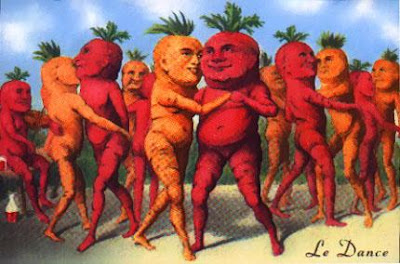