The Berkshires and Burning Spear

Last weekend Raj and I took a little road trip to the Berkshires and beyond to hear some music, see some friends, and make a short literary excursion to North Bennington. We left the Fahm during a snowstorm which is something we rarely do. For one thing, driving during a snowstorm is no picnic, and for another, well, we just don't. Real snowstorms inspire my coziest fantasies of being near a roaring fire with a book or a game of Scrabble. Driving away from the Fahm in the snow seemed rather strange. 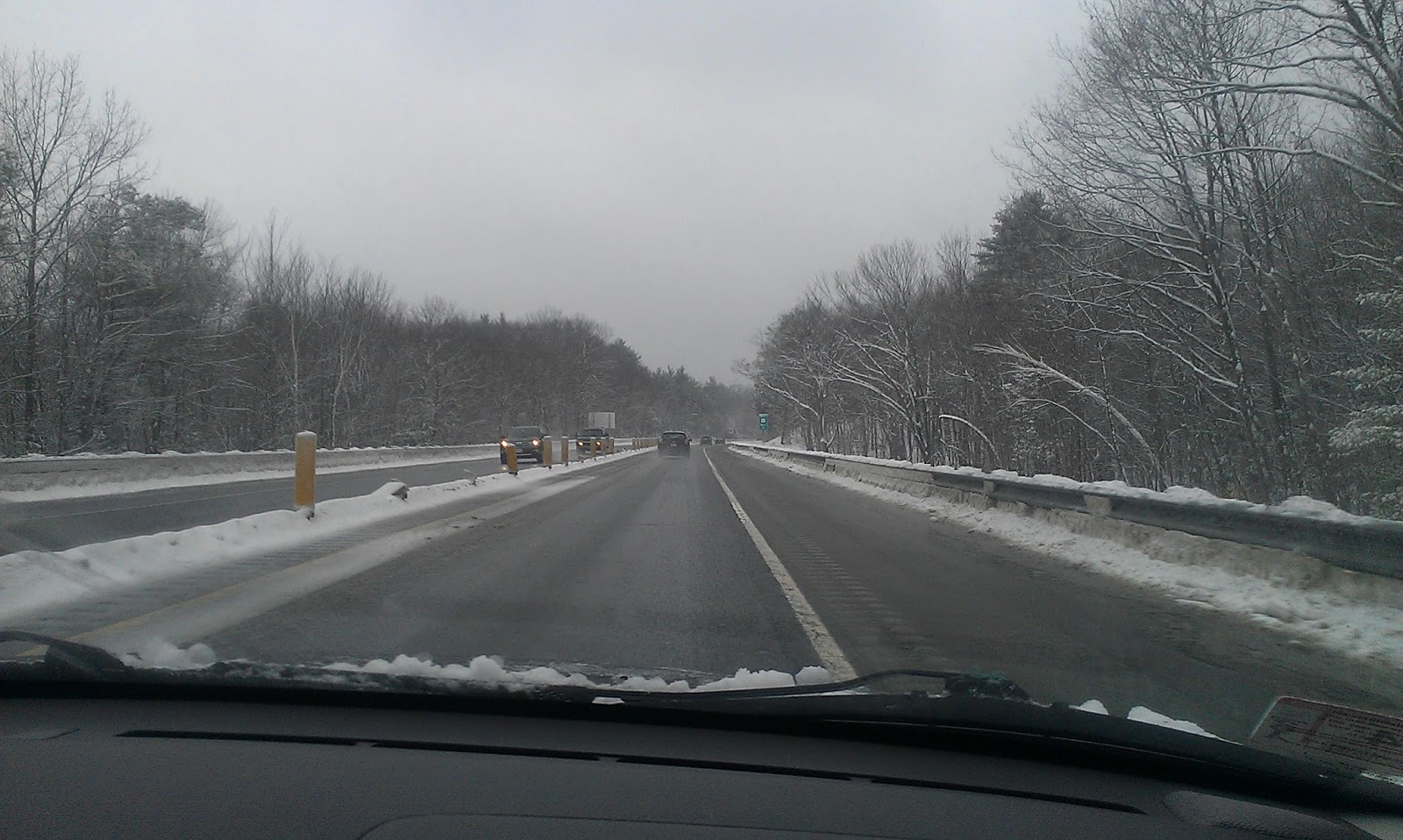 We met Dean and Marley at the dumpy little motel where I mistakenly made reservations having been led to believe that the place might actually be worth the 4-star traveler's rating listed on Hotwire. The room reeked of cheap air freshener which we began calling fresh country air; and when Dean requested extra towels, they were delivered to the room by a woman wearing pajamas and a robe which we found a little odd especially since it was still daylight when she appeared at the door. The furnishings were the height of fashion the decade before I was born although the television was of more recent vintage being only approximately 30 years old. Only the finest establishments for us NOT. The only thing The No Name Inn had going for it was that it was located immediately adjacent to the Vermont border. 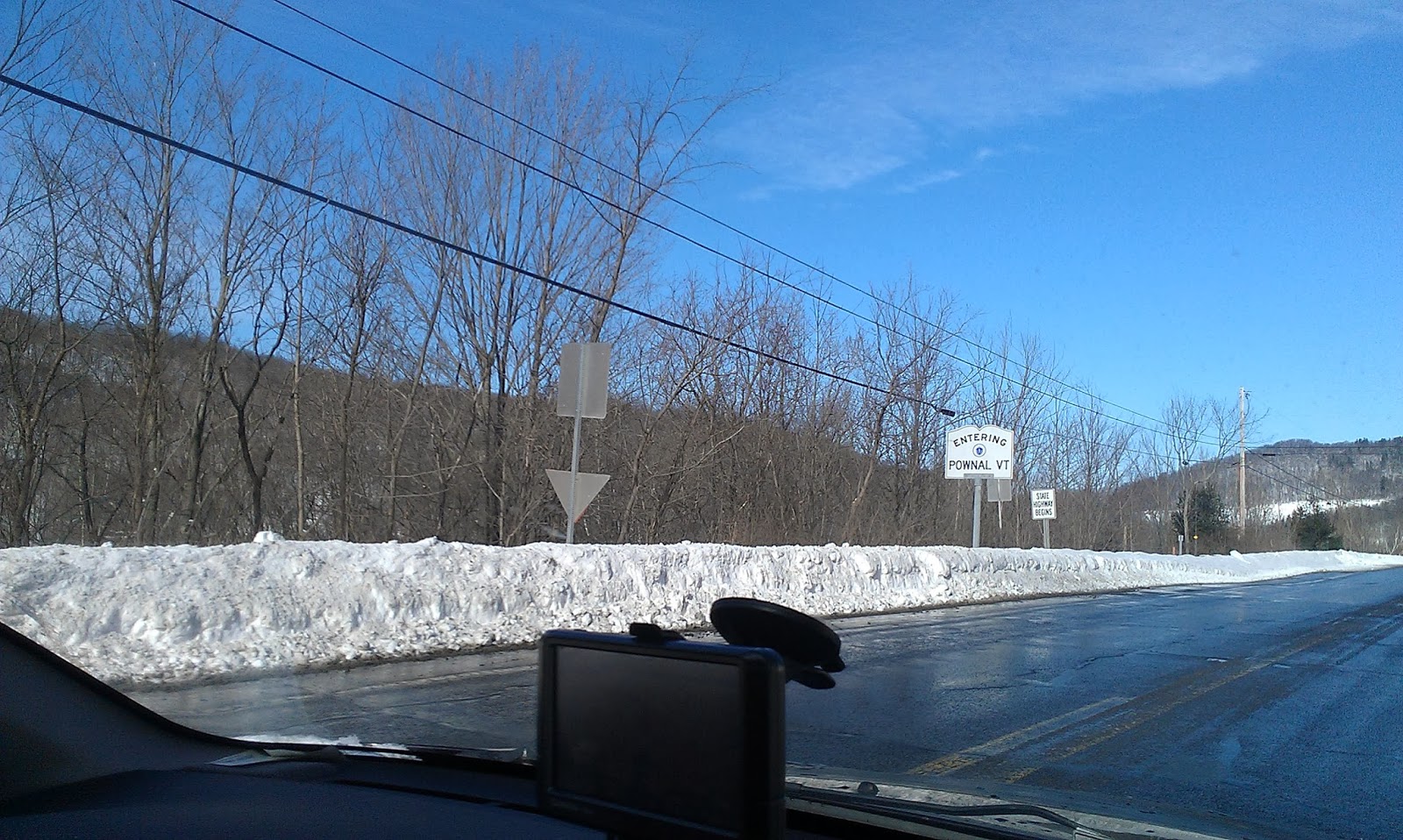 Note to self: next time, stay at the Holiday Inn or Howard Johnson's or any other chain where the surroundings are likely less rustic than at The No Name Inn. Resigned to our fate (and non-refundable room payment) we got in the car and drove to the Holiday Inn which not coincidentally is where we ate supper in the tiny town of North Adams, MA, on our way to see roots reggae Rastafarian Burning Spear play at Mass MOCA. From supper we walked to the museum. 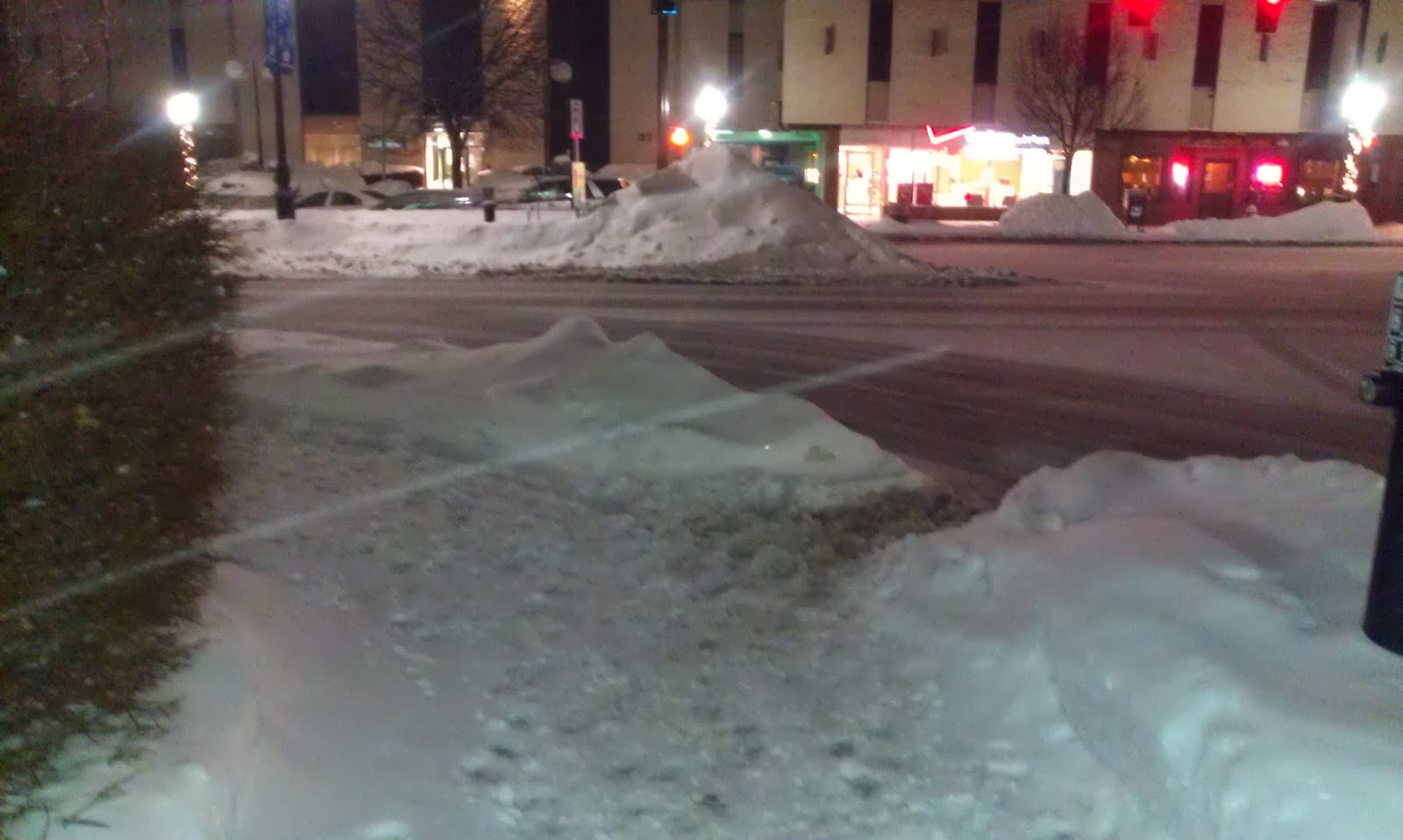 There were many feet of snow on the ground and it was very cold, just single digits. 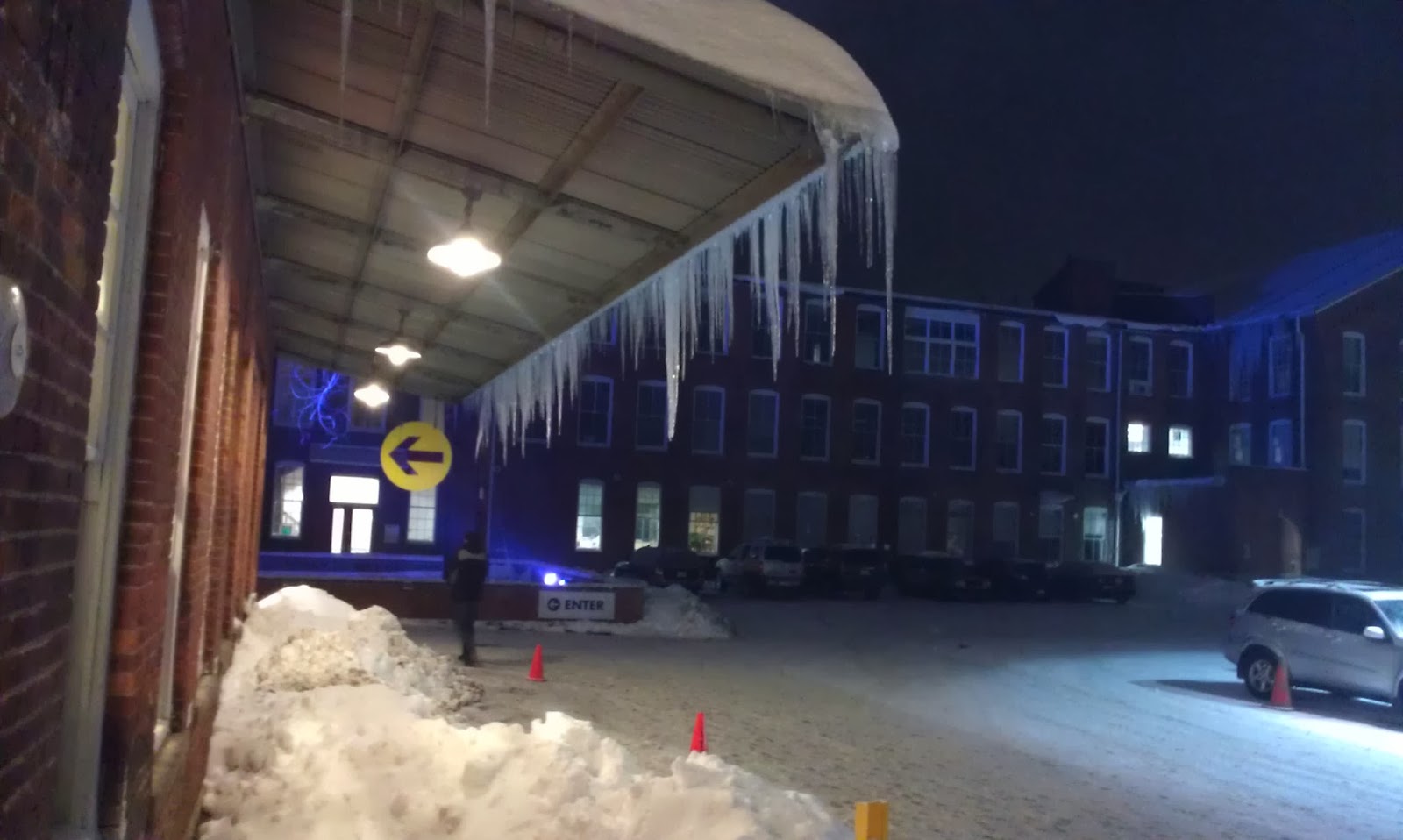 We retrieved our tickets from will-call without incident and were issued wrist bands. Burning Spear plays reggae music and we were among an eclectic crowd of all ages, although being the Berkshires and all, it was primarily white folks in the audience. That's OK, we like white folks just fine. ;) 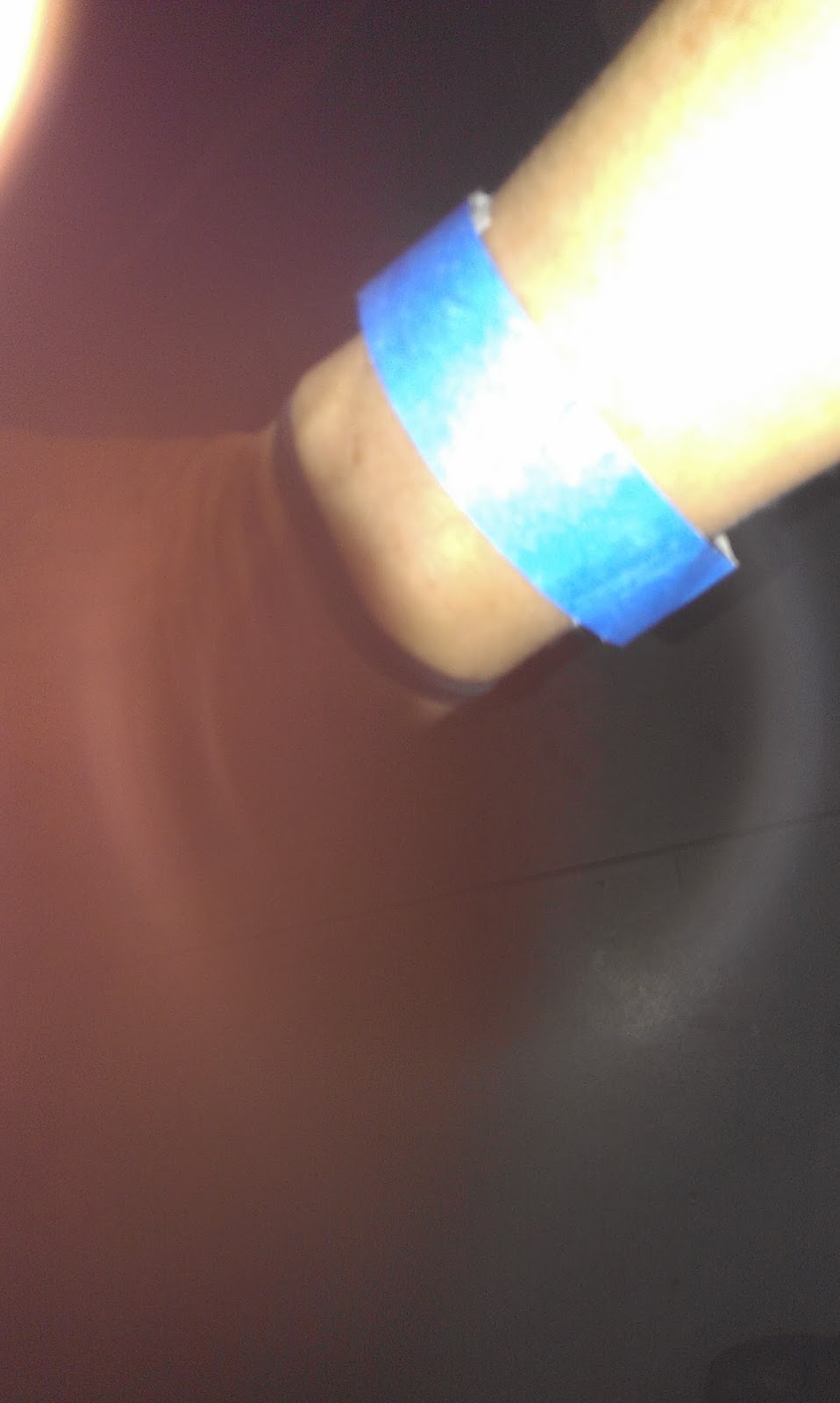 Because the Holiday Inn restaurant had taken a leisurely approach to serving our supper, we didn't have long to wait before the show began. 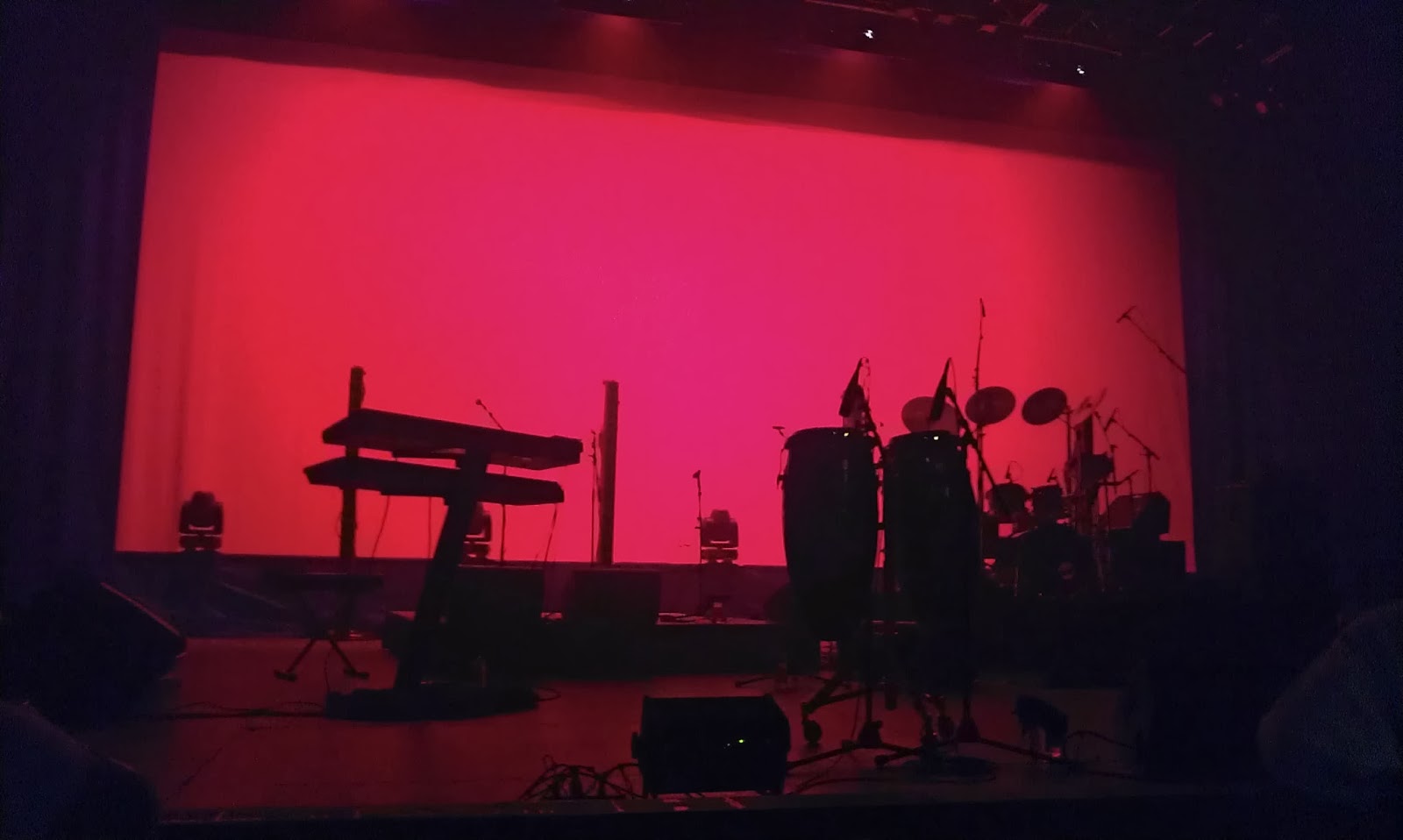 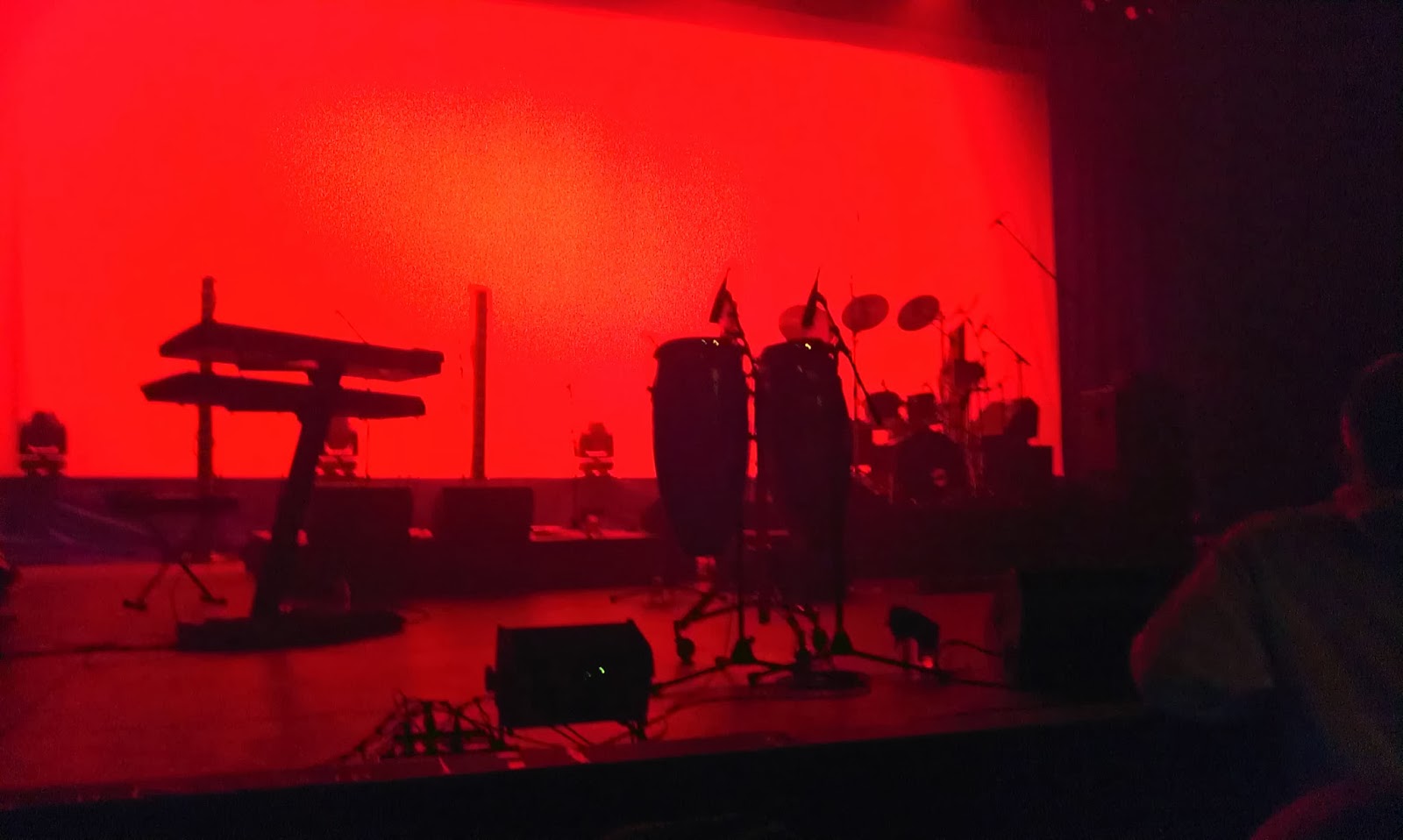 Raj has been telling me about Burning Spear forever and this was my first time seeing the legendary man himself on stage. He did not disappoint. 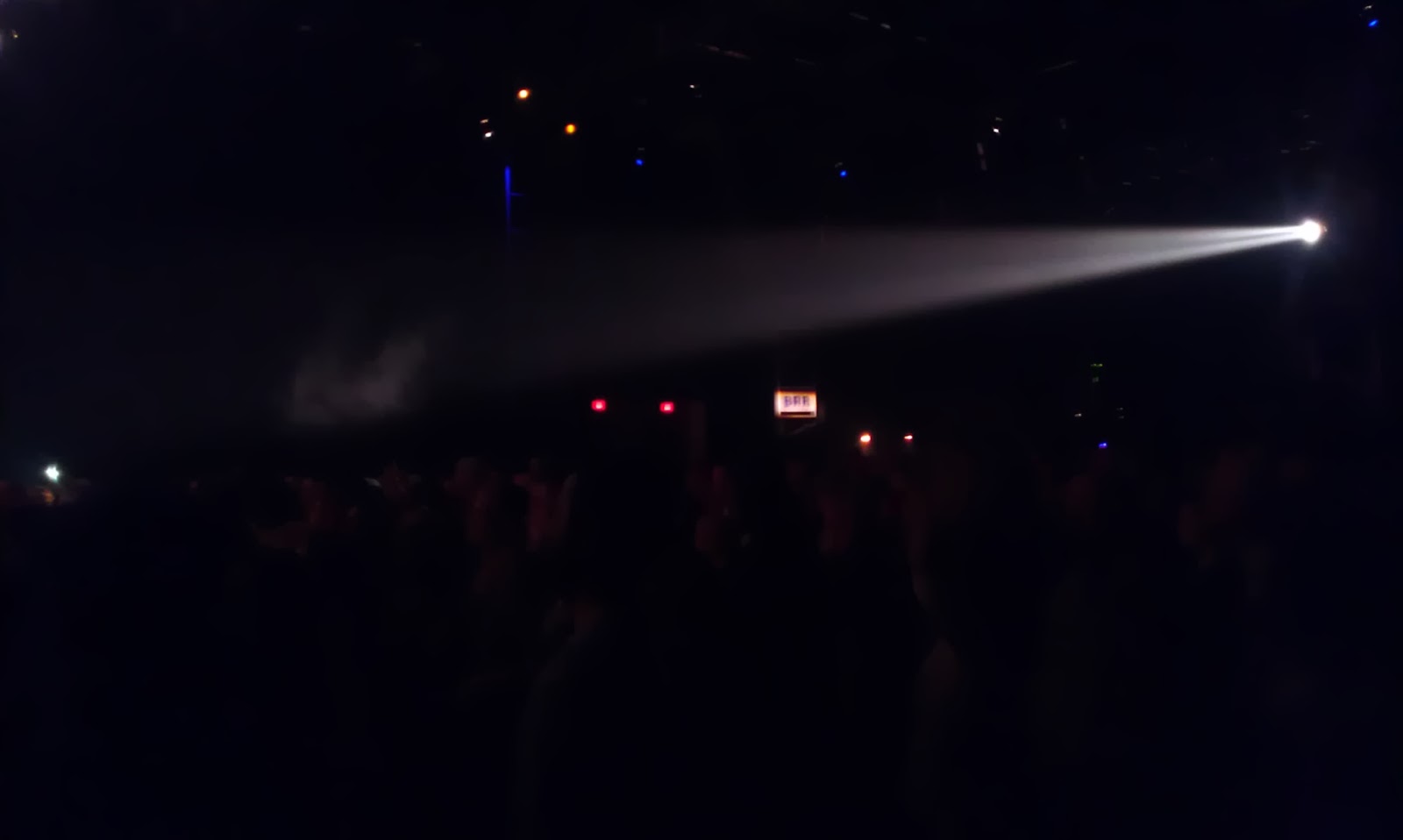 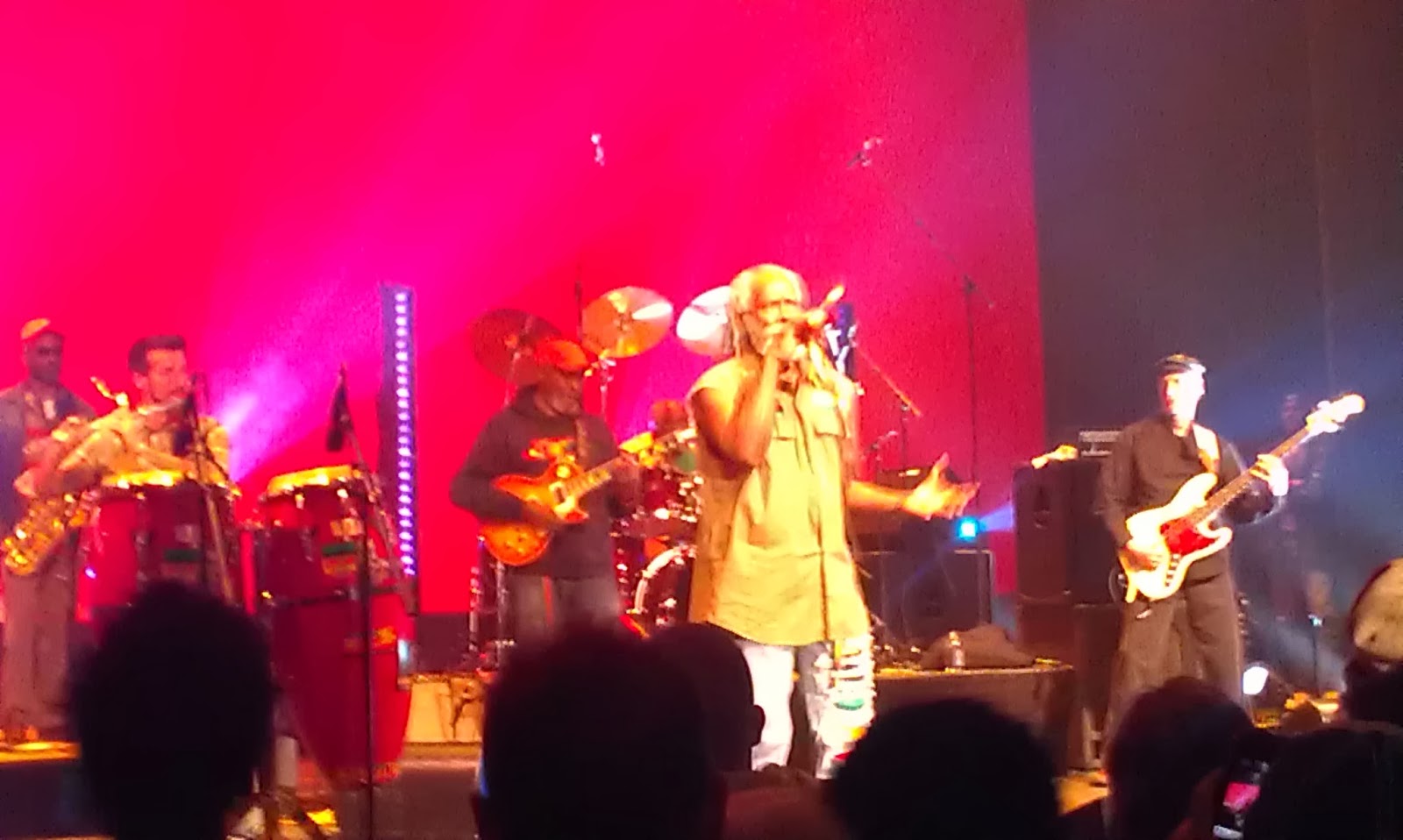 The four of us wriggled our way up as close to the stage as possible; it was a great crowd and people just let us sort of ooze our way to the front with no problem. Then the band started playing, and everyone was dancing, and it was nuts. I had to excuse myself more than once to get cool air on my skin; 2,100 people dancing in close proximity to one another generate a lot of body heat! After playing a nice long set and three encores, the show ended. We walked back to the car sweaty and exhilarated.

We got back to the motel and Marley ducked into the bathroom for a quick shower. He emerged, shivering, moments later; the hot water had run out. We turned on Winter Olympics reruns, none of us expecting to sleep but we did, until early the next morning when we stumbled out of bed, checked out, and went to the Chef's Hat Diner for breakfast. 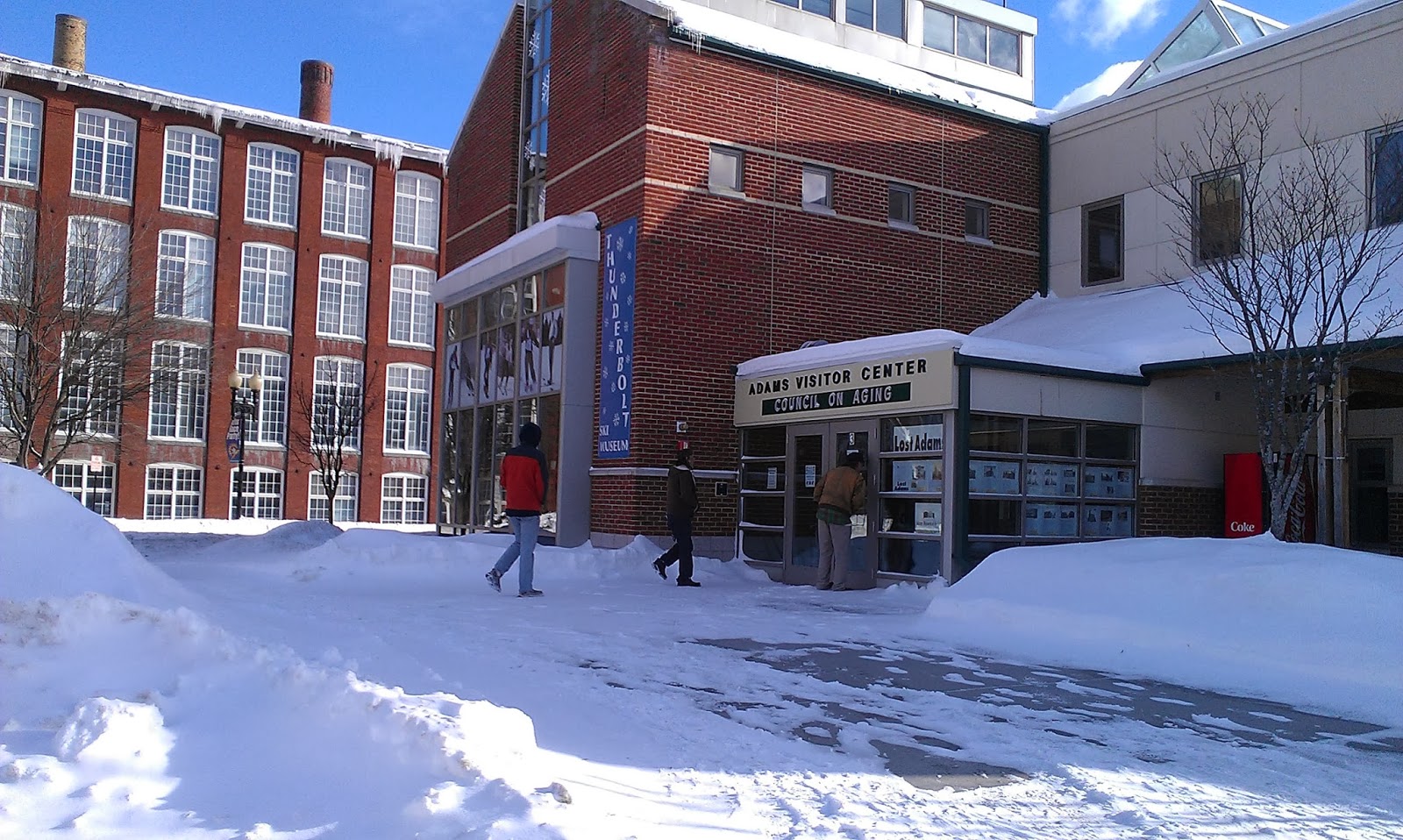 ...which was quite unreasonably closed despite it being 9:00 AM Sunday morning during the off-season. 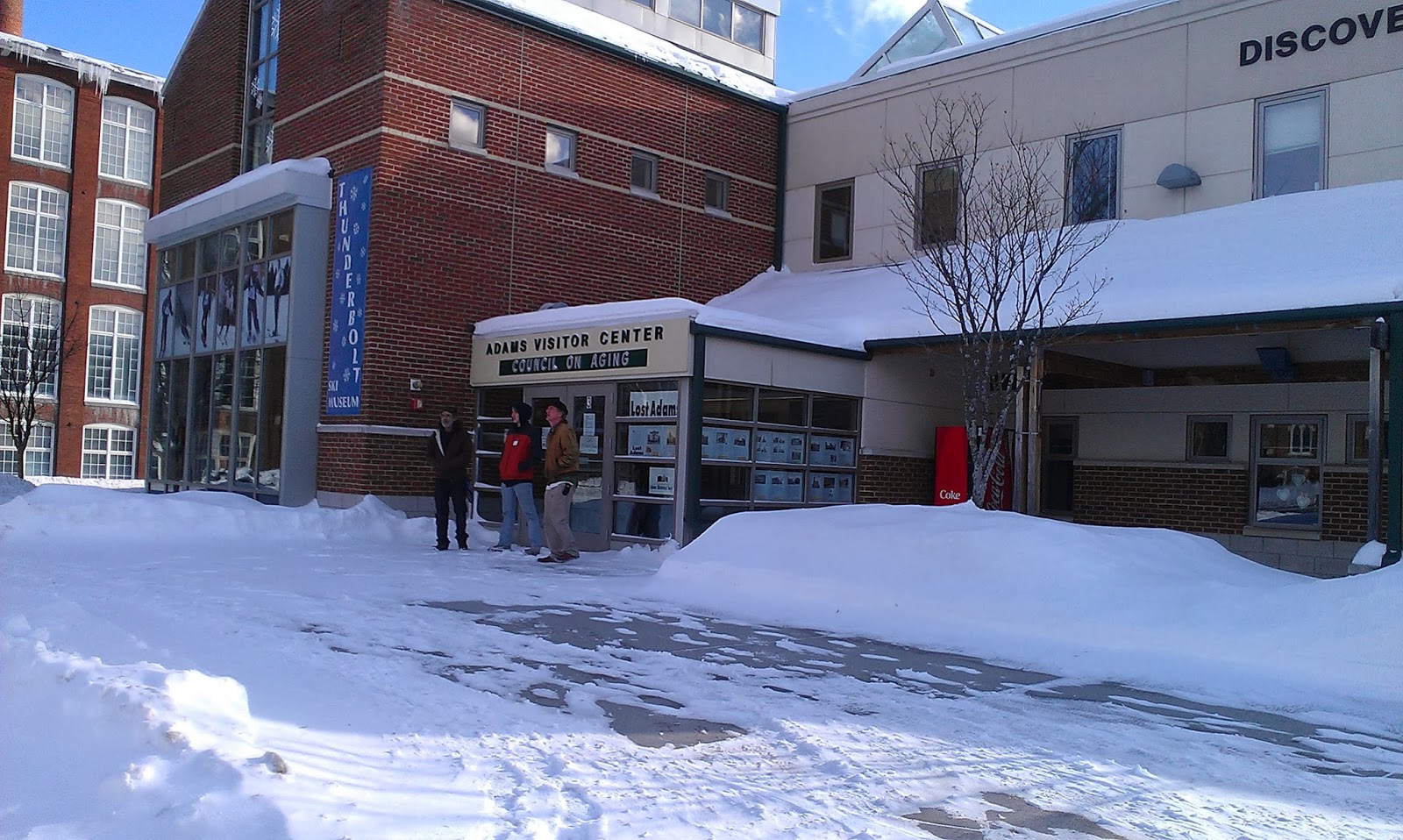 It was as we mumbled despairingly in the parking lot that a kindly pedestrian approached who happened to be a volunteer at the Adams Visitor Center so he was able to fill in a few gaps for us. Most importantly, that roads up Mount Greylock are also closed, for the winter, unless there is a special event.

Shortly after that we parted ways with Dean and Marley. They were headed home so Marley could get to his Sunday afternoon job at the Wendell Country Store, the slogan of which is, "We're all here 'cause we're not all there"; we were headed back north to Vermont, specifically, North Bennington, Vermont, on a literary adventure.
Posted by Sara at 4:59 PM

Email ThisBlogThis!Share to TwitterShare to FacebookShare to Pinterest
Labels: Relationships, Shirley Jackson, Snow, Things I Do Not Like About Living in New England, Winter: Still a Novelty to Me
Newer Post Older Post Home