"...91 years ago today, the battlefields of Europe fell quiet as World War I came to a close. But we don’t mark this day each year as a celebration of victory, as proud of that victory as we are. We mark this day as a celebration of those who made victory possible. Today, we keep in our minds the brave men and women of this young nation...who, above all else, believed in and fought for a set of ideals. Because they did, our country still stands, our founding principles still shine...That is why we fight, in hopes of a day when we no longer need to. And that is why we gather at these solemn remembrances and reminders of war: to recommit ourselves to the hard work of peace."


Today as I was out and about I stopped at Grove Cemetery in Holden with the express purpose of seeing if there are any graves therein from the Revolutionary War era, some of the "the brave men and women of this young nation...who, above all else, believed in and fought for a set of ideals."  There were, and several of them were marked with medallions indicating their status as veterans of that conflict. I also want to be reminded that I - and we as a nation - really do need "to recommit ourselves to the hard work of peace" whether on an Army Base in Texas, or in Oakland or Palestine or Pakistan. 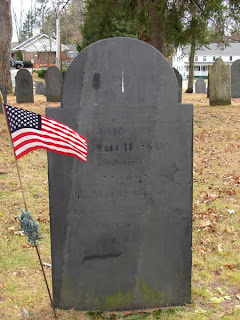 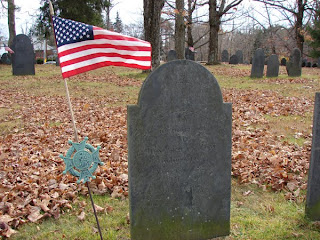 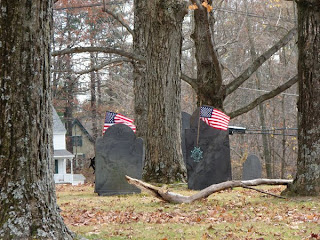 The soldiers buried in this cemetery were veterans of Our First War, the War of Independence.  I'm sure someone back in the day thought that war was going to be the last war, and then someone else thought that after the next war, and then the next war, same thing, and then the NEXT and the NEXT AND THE NEXT, Until here we are today, just out of one war in Iraq, just about to escalate another one in Afghanistan.
[LA LA LA HA HA HA not gonna talk about THAT in my monoblog...]
ANYI'LLSTOPGNASHINGMYTEETHINFRUSTRATIONWAY
According to local historians, the Revolutionary Spirit of our immediate area was quite robust! 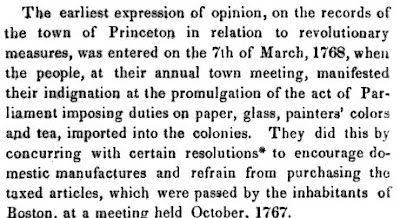 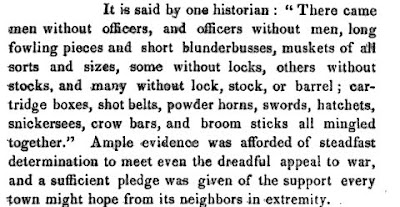 Hatchets, broomsticks, crow bars...those hardly seem the robust tools of war we're accustomed to these days Predator Drone but apparently when you are defending your homeland, your livelihood, your family and your future, you'll use anything that comes to hand Stones vs. Tanks, Gaza, 1949 -  . There was a time in the evolution of this country when those we now know as "Revolutionary War soldiers" were absolutely considered "terrorists" by British colonizers. Not only did they come to fight armed with farm implements but they were indignant and unreasonable too, and in the end that combination midwifed the birth of Our Nation, swaddling the Squalling Brat in Betsy Ross's flag, and giving it George Washington's wooden teeth to play with, click-clacking like castanets. 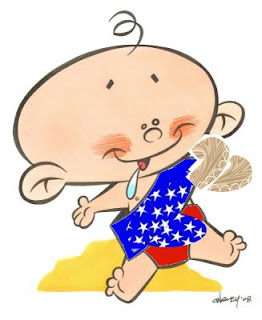 where did that come from?!
So, uh...yeah. Let's think about ways to "recommit ourselves to the hard work of peace" before a whole bunch more of us end up wandering and pondering in cemeteries on Veterans Day...
Posted by Sara at 2:34 PM