The Princeton Colony: Conservation Biology at The Fahm

Renowned bat biologist Dr. Thomas Kunz, from The Center for Ecology and Conservation Biology at Boston University is even now setting up camp in our front yard, along with research assistants Katherine and Allison. They are here to trap bats as they take flight and leave The Barn on their evening rounds.  Our bats are famous - they are known as "the Princeton Colony" and have been studied here for as long as Mike has owned The Fahm.  Tom and his assistants are here to trap bats so they can obtain bat feces in order to test for fungus and/or viral components, in the hopes of understanding more about White Nose Syndrome:


"White-nose syndrome (WNS) has decimated bat populations throughout the northeastern United States since its discovery in the winter of 2006-2007 outside of Albany, New York. The illness is so-named because a white fungus grows on the muzzle and wings of many affected bats; researchers have identified the fungus as Geomyces destructans, a cold-loving species previously unknown to science." - Boston University Center for Ecology & Conservation Biology

Tom and his crew will be here all night, and will avail themselves of our facilities, and receive regular updates on the Celtics v. Lakers game from us Stupid Kobe.  It seems that Tom is a Celtics fan...BEAT L.A.!! out loud voice? 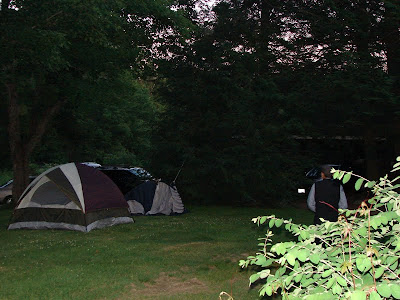 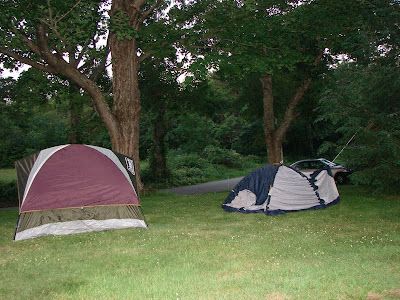 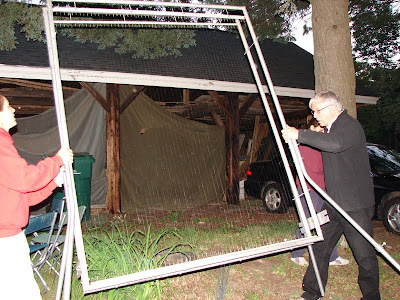 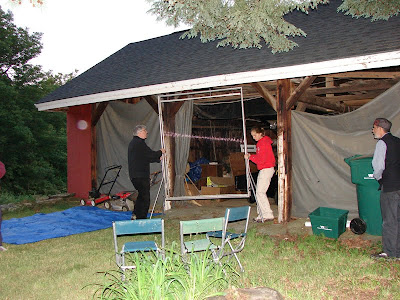